Film Night: Discussion on the Film – ‘The Devil’s Advocate’ 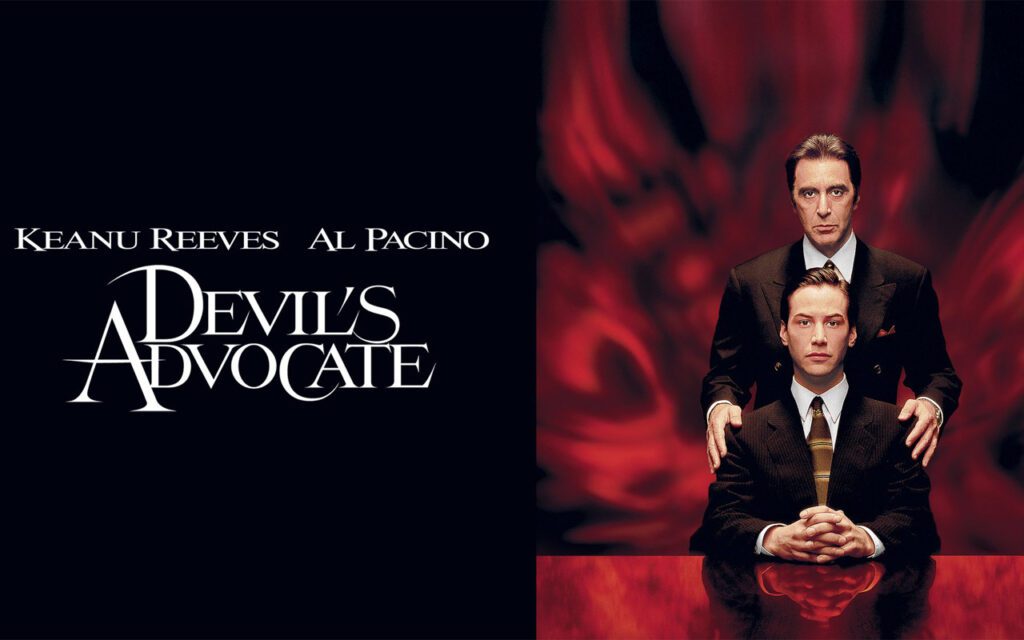 From September – we’ll focus on 1 powerful film per month (not necessary Christian, but also from pop-culture, with a very meaningful and impressive messages), with one introduction meeting, then showing the film, and one follow up meeting with the discussion on the fruits, decisions, and impact in our daily lives of the message shared by the watched movie.

In September I would like to start with so an incredible movie from 1997 – ‘THE DEVIL’s ADVOCATE’. Looking back on 1997’s “The Devil’s Advocate,” it’s easy to remember the film’s major stars (Al Pacino, Keanu Reeves and Charlize Theron), the crazy twist ending, and even Pacino’s sinfully good quotes: ‘VANITY, DEFENITELY MY FAVORITE SIN’.

As the line between fantasy and reality blurs, Kevin no longer sees his employer as just a smooth-talking businessman, but as someone much more ominous. Now, trapped in an underworld of depravity and greed, can Kevin stop a demonic plan to spread evil well beyond the courtroom?

The Devil’s Advocate (marketed as Devil’s Advocate) is a 1997 American supernatural horror film directed by Taylor Hackford, written by Jonathan Lemkin and Tony Gilroy, and starring Keanu Reeves, Al Pacino, and Charlize Theron. Based on Andrew Neiderman‘s novel of the same name, it is about an unusually successful young Floridian lawyer (Reeves) invited to New York City to work for a major firm. As his wife (Theron) becomes haunted by frightening visual phenomena, the lawyer slowly begins to realize the owner of the firm (Pacino) is not what he appears to be, and is in fact the Devil.

Pacino’s character, Satan, takes the guise of a human lawyer named after the author of Paradise Lost, John Milton. The story and direction contain allusions to Milton’s epic, Dante Alighieri‘s Inferno, and the legend of Faust. An adaptation of Neiderman’s novel went into a development hell during the 1990s, with Hackford gaining control of the production. Filming took place around New York City and Florida.

The Devil’s Advocate premiered to mixed reviews, with critics crediting it for entertainment value and Pacino’s performance. It made over $152 million in the box office and won the Saturn Award for Best Horror Film. It also became the subject of the copyright lawsuit Hart v. Warner Bros., Inc. for its visual art.