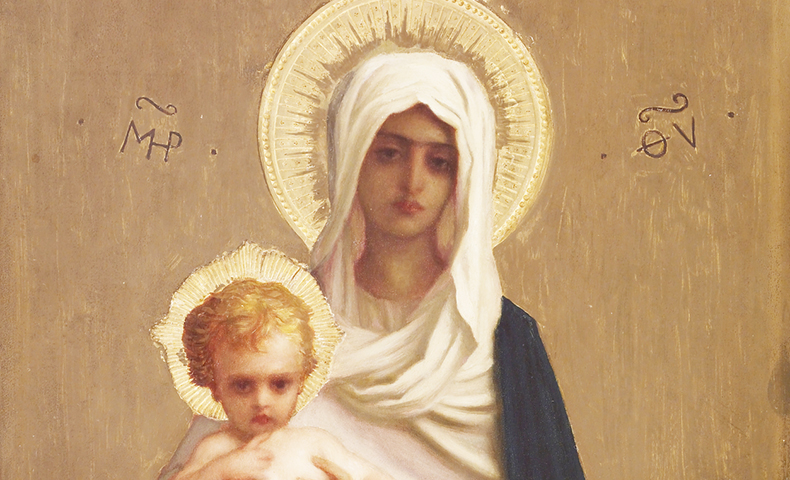 The Story of the Queenship of Mary

Pius XII established this feast in 1954. But Mary’s queenship has roots in Scripture. At the Annunciation, Gabriel announced that Mary’s Son would receive the throne of David and rule forever. At the Visitation, Elizabeth calls Mary “mother of my Lord.” As in all the mysteries of Mary’s life, Mary is closely associated with Jesus: Her queenship is a share in Jesus’ kingship. We can also recall that in the Old Testament the mother of the king has great influence in court.

In the fourth century St. Ephrem called Mary “Lady” and “Queen.” Later Church fathers and doctors continued to use the title. Hymns of the 11th to 13th centuries address Mary as queen: “Hail, Holy Queen,” “Hail, Queen of Heaven,” “Queen of Heaven.” The Dominican rosary and the Franciscan crown as well as numerous invocations in Mary’s litany celebrate her queenship.

The feast is a logical follow-up to the Assumption and is now celebrated on the octave day of that feast. In his 1954 encyclical To the Queen of Heaven, Pius XII points out that Mary deserves the title because she is Mother of God, because she is closely associated as the New Eve with Jesus’ redemptive work, because of her preeminent perfection and because of her intercessory power.

As Saint Paul suggests in Romans 8:28–30, God has predestined human beings from all eternity to share the image of his Son. All the more was Mary predestined to be the mother of Jesus. As Jesus was to be king of all creation, Mary, in dependence on Jesus, was to be queen. All other titles to queenship derive from this eternal intention of God. As Jesus exercised his kingship on earth by serving his Father and his fellow human beings, so did Mary exercise her queenship. As the glorified Jesus remains with us as our king till the end of time (Matthew 28:20), so does Mary, who was assumed into heaven and crowned queen of heaven and earth.