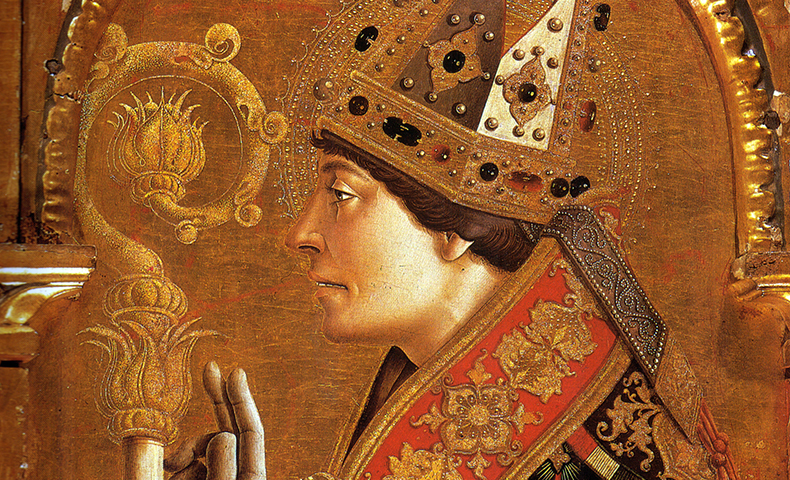 When he died at the age of 23, Louis was already a Franciscan, a bishop and a saint!

Louis’s parents were Charles II of Naples and Sicily and Mary, daughter of the King of Hungary. Louis was related to Saint Louis IX on his father’s side and to Elizabeth of Hungary on his mother’s side.

Louis showed early signs of attachment to prayer and to the corporal works of mercy. As a child he used to take food from the castle to feed the poor. When he was 14, Louis and two of his brothers were taken as hostages to the king of Aragon’s court as part of a political deal involving Louis’s father. At the court, Louis was tutored by Franciscan friars under whom he made great progress both in his studies and in the spiritual life. Like Saint Francis he developed a special love for those afflicted with leprosy.

While he was still a hostage, Louis decided to renounce his royal title and become a priest. When he was 20, he was allowed to leave the king of Aragon’s court. He renounced his title in favor of his brother Robert and was ordained the next year. Very shortly after, he was appointed bishop of Toulouse, but the pope agreed to Louis’s request to become a Franciscan first.

The Franciscan spirit pervaded Louis. “Jesus Christ is all my riches; he alone is sufficient for me,” Louis kept repeating. Even as a bishop he wore the Franciscan habit and sometimes begged. He assigned a friar to offer him correction—in public if necessary—and the friar did his job.

Louis’s service to the Diocese of Toulouse was richly blessed. In no time he was considered a saint. Louis set aside 75 percent of his income as bishop to feed the poor and maintain churches. Each day he fed 25 poor people at his table.

Louis was canonized in 1317 by Pope John XXII, one of his former teachers.

When Cardinal Hugolino, the future Pope Gregory IX, suggested to Francis that some of the friars would make fine bishops, Francis protested that they might lose some of their humility and simplicity if appointed to those positions. Those two virtues are needed everywhere in the Church, and Louis shows us how they can be lived out by bishops.

The Liturgical Feast of Saint Louis of Toulouse is August 19.