Transfiguration of the Lord 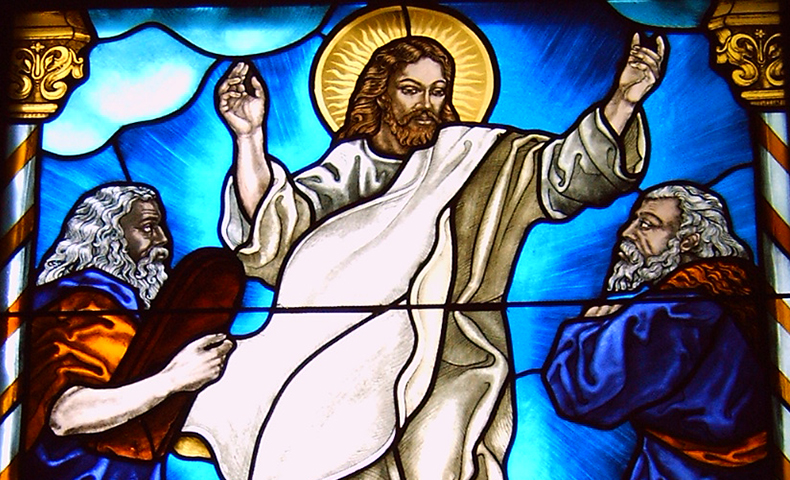 The Story of the Transfiguration of the Lord

All three Synoptic Gospels tell the story of the Transfiguration (Matthew 17:1-8; Mark 9:2-9; Luke 9:28-36). With remarkable agreement, all three place the event shortly after Peter’s confession of faith that Jesus is the Messiah and Jesus’ first prediction of his passion and death. Peter’s eagerness to erect tents or booths on the spot suggests it occurred during the Jewish week-long, fall Feast of Booths.

In spite of the texts’ agreement, it is difficult to reconstruct the disciples’ experience, according to Scripture scholars, because the Gospels draw heavily on Old Testament descriptions of the Sinai encounter with God and prophetic visions of the Son of Man. Certainly Peter, James, and John had a glimpse of Jesus’ divinity strong enough to strike fear into their hearts. Such an experience defies description, so they drew on familiar religious language to describe it. And certainly Jesus warned them that his glory and his suffering were to be inextricably connected—a theme John highlights throughout his Gospel.

Tradition names Mount Tabor as the site of the revelation. A church first raised there in the fourth century was dedicated on August 6. A feast in honor of the Transfiguration was celebrated in the Eastern Church from about that time. Western observance began in some localities about the eighth century.

On July 22, 1456, Crusaders defeated the Turks at Belgrade. News of the victory reached Rome on August 6, and Pope Callistus III placed the feast on the Roman calendar the following year.

One of the Transfiguration accounts is read on the second Sunday of Lent each year, proclaiming Christ’s divinity to catechumens and baptized alike. The Gospel for the first Sunday of Lent, by contrast, is the story of the temptation in the desert—affirmation of Jesus’ humanity. The two distinct but inseparable natures of the Lord were a subject of much theological argument at the beginning of the Church’s history; it remains hard for believers to grasp.

Another Saint of the Day for August 6 is Venerable Anthony Margil.