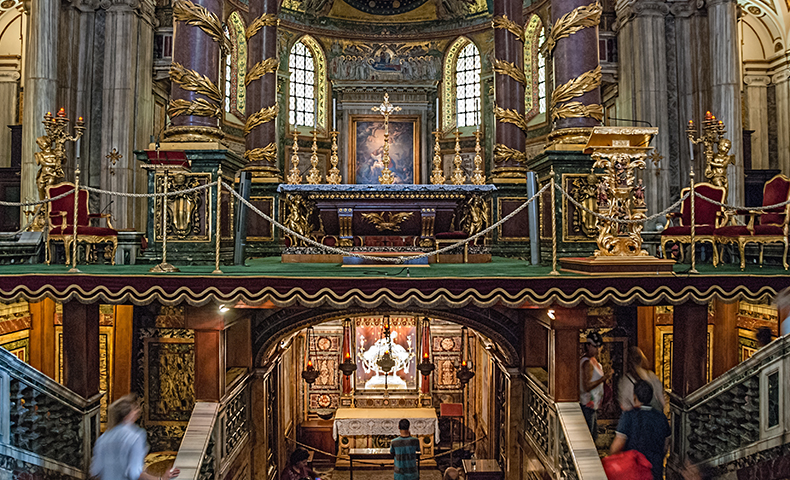 The Story of the Dedication of Saint Mary Major Basilica

First raised at the order of Pope Liberius in the mid-fourth century, the Liberian basilica was rebuilt by Pope Sixtus III shortly after the Council of Ephesus affirmed Mary’s title as Mother of God in 431. Rededicated at that time to the Mother of God, St. Mary Major is the largest church in the world honoring God through Mary. Standing atop one of Rome’s seven hills, the Esquiline, it has survived many restorations without losing its character as an early Roman basilica. Its interior retains three naves divided by colonnades in the style of Constantine’s era. Fifth-century mosaics on its walls testify to its antiquity.

St. Mary Major is one of the four Roman basilicas known as patriarchal cathedrals in memory of the first centers of the Church. St. John Lateran represents Rome, the See of Peter; St. Paul Outside the Walls, the See of Alexandria, allegedly the see presided over by Mark; St. Peter’s, the See of Constantinople; and St. Mary’s, the See of Antioch, where Mary is supposed to have spent most of her life.

One legend, unreported before the year 1000, gives another name to this feast: Our Lady of the Snows. According to that story, a wealthy Roman couple pledged their fortune to the Mother of God. In affirmation, she produced a miraculous summer snowfall and told them to build a church on the site. The legend was long celebrated by releasing a shower of white rose petals from the basilica’s dome every August 5.

Theological debate over Christ’s nature as God and man reached fever pitch in Constantinople in the early fifth century. The chaplain of Bishop Nestorius began preaching against the title Theotokos, “Mother of God,” insisting that the Virgin was mother only of the human Jesus. Nestorius agreed, decreeing that Mary would henceforth be named “Mother of Christ” in his see. The people of Constantinople virtually revolted against their bishop’s refutation of a cherished belief. When the Council of Ephesus refuted Nestorius, believers took to the streets, enthusiastically chanting, “Theotokos! Theotokos!”