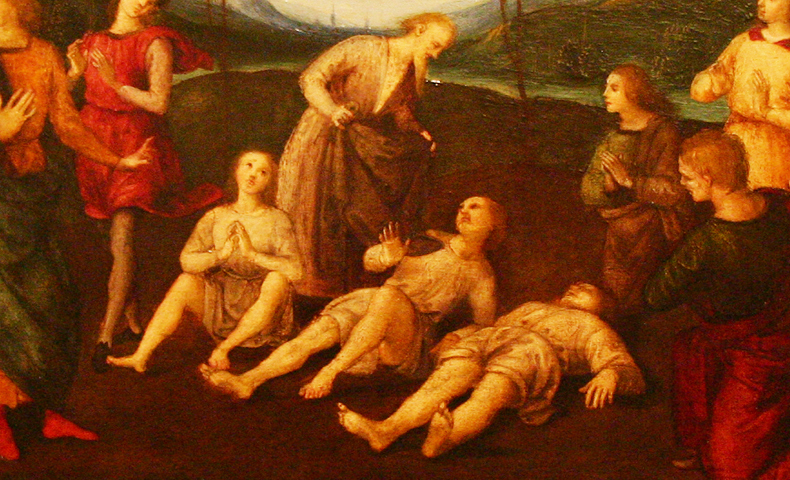 Someone has said that if there had been no Arian heresy denying Christ’s divinity, it would be very difficult to write the lives of many early saints. Eusebius is another of the defenders of the Church during one of its most trying periods.

Born on the isle of Sardinia, he became a member of the Roman clergy and is the first recorded bishop of Vercelli in Piedmont in northwest Italy. He is also the first to link the monastic life with that of the clergy, establishing a community of his diocesan clergy on the principle that the best way to sanctify his people was to have them see a clergy formed in solid virtue and living in community.

He was sent by Pope Liberius to persuade the emperor to call a council to settle Catholic-Arian troubles. When it was called at Milan, Eusebius went reluctantly, sensing that the Arian block would have its way, although the Catholics were more numerous. He refused to go along with the condemnation of Saint Athanasius; instead, he laid the Nicene Creed on the table and insisted that all sign it before taking up any other matter. The emperor put pressure on him, but Eusebius insisted on Athanasius’ innocence and reminded the emperor that secular force should not be used to influence Church decisions. At first the emperor threatened to kill him, but later sent him into exile in Palestine. There the Arians dragged him through the streets and shut him up in a little room, releasing him only after his four-day hunger strike. They resumed their harassment shortly after.

His exile continued in Asia Minor and Egypt, until the new emperor permitted him to be welcomed back to his see in Vercelli. He attended the Council of Alexandria with Athanasius and approved the leniency shown to bishops who had wavered. He also worked with Saint Hilary of Poitiers against the Arians.

He died peacefully in his own diocese at an advanced age.

Catholics in the U.S. have sometimes felt penalized by an unwarranted interpretation of the principle of separation of Church and state, especially in the matter of Catholic schools. Be that as it may, the Church is happily free today from the tremendous pressure put on it after it became an “established” Church under Constantine. We are happily rid of such things as a pope asking an emperor to call a Church council, Pope John I being sent by the emperor to negotiate in the East, or the pressure of kings on papal elections. The Church cannot be a prophet if it’s in someone’s pocket.

Another Saint of the Day for August 2 is the Dedication of the Chapel of Our Lady of the Angels.