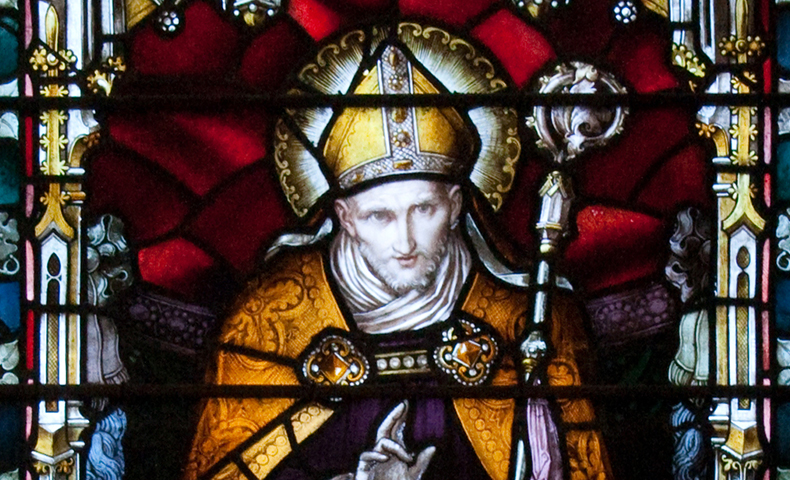 Moral theology, Vatican II said, should be more thoroughly nourished by Scripture, and show the nobility of the Christian vocation of the faithful and their obligation to bring forth fruit in charity for the life of the world. Alphonsus, declared patron of moral theologians by Pius XII in 1950, would rejoice in that statement.

In his day, Alphonsus fought for the liberation of moral theology from the rigidity of Jansenism. His moral theology, which went through 60 editions in the century following him, concentrated on the practical and concrete problems of pastors and confessors. If a certain legalism and minimalism crept into moral theology, it should not be attributed to this model of moderation and gentleness.

At the University of Naples he received, at the age of 16, a doctorate in both canon and civil law by acclamation, but he soon gave up the practice of law for apostolic activity. He was ordained a priest and concentrated his pastoral efforts on popular (parish) missions, hearing confessions, forming Christian groups.

He founded the Redemptorist congregation in 1732. It was an association of priests and brothers living a common life, dedicated to the imitation of Christ, and working mainly in popular missions for peasants in rural areas. Almost as an omen of what was to come later, he found himself deserted, after a while, by all his original companions except one lay brother. But the congregation managed to survive and was formally approved 17 years later, though its troubles were not over.

Alphonsus’ great pastoral reforms were in the pulpit and confessional—replacing the pompous oratory of the time with simplicity, and the rigorism of Jansenism with kindness. His great fame as a writer has somewhat eclipsed the fact that for 26 years he traveled up and down the Kingdom of Naples, preaching popular missions.

He was made bishop (after trying to reject the honor) at 66 and at once instituted a thorough reform of his diocese.

His greatest sorrow came toward the end of his life. The Redemptorists, precariously continuing after the suppression of the Jesuits in 1773, had difficulty in getting their Rule approved by the Kingdom of Naples. Alphonsus acceded to the condition that they possess no property in common, but a royal official, with the connivance of a high Redemptorist official, changed the Rule substantially. Alphonsus, old, crippled and with very bad sight, signed the document, unaware that he had been betrayed. The Redemptorists in the Papal States then put themselves under the pope, who withdrew those in Naples from the jurisdiction of Alphonsus. It was only after his death that the branches were united.

At 71, he was afflicted with rheumatic pains which left incurable bending of his neck; until it was straightened a little, the pressure of his chin caused a raw wound on his chest. He suffered a final 18 months of “dark night” scruples, fears, temptations against every article of faith and every virtue, interspersed with intervals of light and relief, when ecstasies were frequent.

Alphonsus is best known for his moral theology, but he also wrote well in the field of spiritual and dogmatic theology. His Glories of Mary is one of the great works on that subject, and his book Visits to the Blessed Sacrament went through 40 editions in his lifetime, greatly influencing the practice of this devotion in the Church.

Saint Alphonsus was known above all as a practical man who dealt in the concrete rather than the abstract. His life is indeed a practical model for the everyday Christian who has difficulty recognizing the dignity of Christian life amid the swirl of problems, pain, misunderstanding and failure. Alphonsus suffered all these things. He is a saint because he was able to maintain an intimate sense of the presence of the suffering Christ through it all.

Saint Alphonse Liguori is the Patron Saint of: