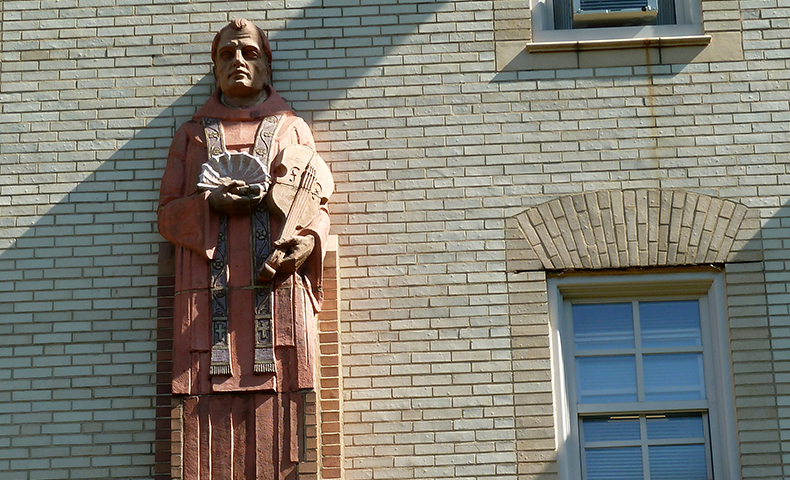 Francis came from a leading family in Andalusia, Spain. Perhaps it was his popularity as a student that enabled Francis in his teens to stop two duelists. He entered the Friars Minor in 1570, and after ordination enthusiastically sacrificed himself for others. His care for the sick during an epidemic drew so much admiration that he became embarrassed and asked to be sent to the African missions. Instead he was sent to South America in 1589.

While working in what is now Argentina, Bolivia, and Paraguay, Francis quickly learned the local languages and was well received by the indigenous peoples. His visits to the sick often included playing a song on his violin.

Around 1601, he was called to Lima, Peru, where he tried to recall the Spanish colonists to their baptismal integrity. Francis also worked to defend the indigenous peoples from oppression. He died in Lima and was canonized in 1726.

Francis Solano knew from experience that the lives of Christians sometimes greatly hinder the spread of the gospel of Jesus Christ. Francis lived an exemplary life himself, and urged his fellow Spaniards to make their lives worthy of their baptisms.

The Liturgical Feast Day of Saint Francis Solano is July 14.