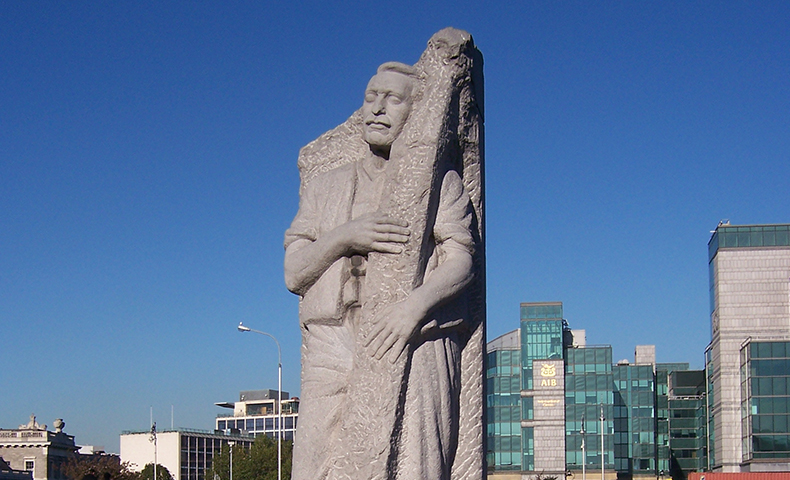 Matt can be considered the patron of men and women struggling with alcoholism. He was born in Dublin, where his father worked on the docks and had a difficult time supporting his family. After a few years of schooling, Matt obtained work as a messenger for some liquor merchants; there he began to drink excessively. For 15 years—until he was almost 30—Matt was an active alcoholic.

One day he decided to take “the pledge” for three months, make a general confession and begin to attend daily Mass. There is evidence that Matt’s first seven years after taking the pledge were especially difficult. Avoiding his former drinking places was hard. He began to pray as intensely as he used to drink. He also tried to pay back people from whom he had borrowed or stolen money while he was drinking.

Most of his life Matt worked as a builder’s laborer. He joined the Secular Franciscan Order and began a life of strict penance; he abstained from meat nine months a year. Matt spent hours every night avidly reading Scripture and the lives of the saints. He prayed the rosary conscientiously. Though his job did not make him rich, Matt contributed generously to the missions.

After 1923, his health failed, and Matt was forced to quit work. He died on his way to church on Trinity Sunday. Fifty years later, Pope Paul VI gave him the title venerable.

In looking at the life of Matt Talbot, we may easily focus on the later years when he had stopped drinking for some time and was leading a penitential life. Only alcoholic men and women who have stopped drinking can fully appreciate how difficult the earliest years of sobriety were for Matt.

He had to take one day at a time. So do the rest of us.

The Liturgical Feast of Venerable Matt Talbot is June 19.

Venerable Matt Talbot is the Patron Saint of: