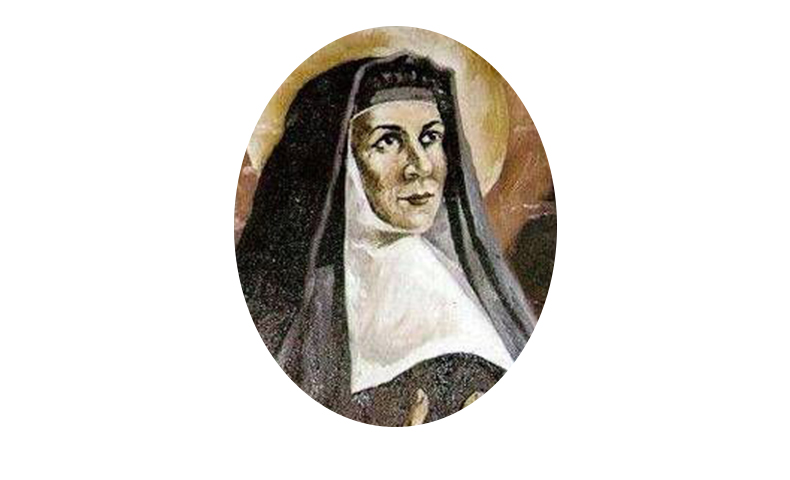 Born into an aristocratic family in Barcelona, Spain, Joachima was 12 when she expressed a desire to become a Carmelite nun. But her life took an altogether different turn at 16 with her marriage to a young lawyer, Theodore de Mas. Both deeply devout, they became secular Franciscans. During their 17 years of married life they raised eight children.

The normalcy of their family life was interrupted when Napoleon invaded Spain. Joachima had to flee with the children; Theodore remained behind and died. Though Joachima re-experienced a desire to enter a religious community, she attended to her duties as a mother. At the same time, the young widow led a life of austerity and chose to wear the habit of the Third Order of St. Francis as her ordinary dress. She spent much time in prayer and visiting the sick.

Four years later, with some of her children now married and younger ones under their care, Joachima confessed her desire to a priest to join a religious order. With his encouragement, she established the Carmelite Sisters of Charity. In the midst of the fratricidal wars occurring at the time, Joachima was briefly imprisoned and later exiled to France for several years.

Sickness ultimately compelled her to resign as superior of her order. Over the next four years she slowly succumbed to paralysis, which caused her to die by inches. At her death at the age of 71 in 1854, Joachima was known and admired for her high degree of prayer, deep trust in God, and selfless charity.

Joachima understands loss. She lost the home where her children grew up, her husband, and finally her health. As the power to move and care for her own needs slowly ebbed away, this woman who had all her life cared for others became wholly dependent; she required help with life’s simplest tasks. When our own lives go spinning out of control, when illness and bereavement and financial hardship strike, all we can do is cling to the belief that sustained Joachima: God watches over us always.