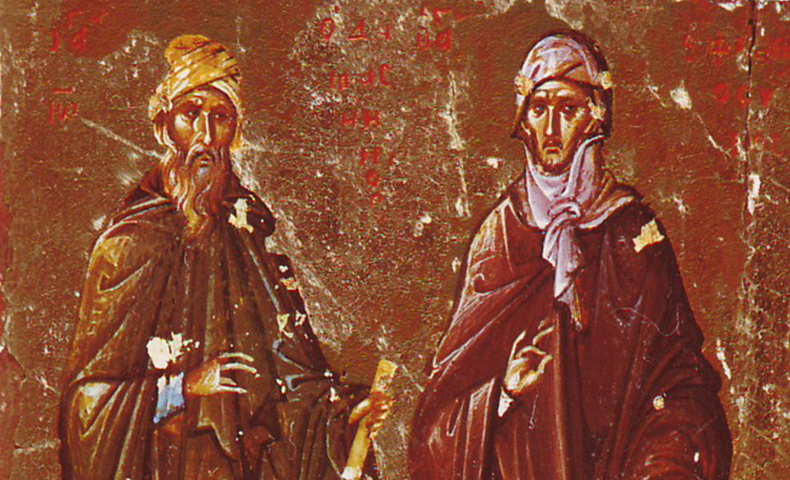 Poet, teacher, orator, and defender of the faith, Ephrem is the only Syrian recognized as a doctor of the Church. He took upon himself the special task of opposing the many false doctrines rampant at his time, always remaining a true and forceful defender of the Catholic Church.

Born in Nisibis, Mesopotamia, he was baptized as a young man and became famous as a teacher in his native city. When the Christian emperor had to cede Nisibis to the Persians, Ephrem fled as a refugee to Edessa, along with many other Christians. He is credited with attracting great glory to the biblical school there. He was ordained a deacon but declined becoming a priest. Ephrem was said to have avoided presbyteral consecration by feigning madness!

He had a prolific pen, and his writings best illumine his holiness. Although he was not a man of great scholarship, his works reflect deep insight and knowledge of the Scriptures. In writing about the mysteries of humanity’s redemption, Ephrem reveals a realistic and humanly sympathetic spirit and a great devotion to the humanity of Jesus. It is said that his poetic account of the Last Judgment inspired Dante.

It is surprising to read that he wrote hymns against the heretics of his day. He would take the popular songs of the heretical groups and using their melodies, compose beautiful hymns embodying orthodox doctrine. Ephrem became one of the first to introduce song into the Church’s public worship as a means of instruction for the faithful. His many hymns have earned him the title “Harp of the Holy Spirit.”

Ephrem preferred a simple, austere life, living in a small cave overlooking the city of Edessa. It was here that he died around 373.

Many Catholics still find singing in church a problem, probably because of the rather individualistic piety that they inherited. Yet singing has been a tradition of both the Old and the New Testaments. It is an excellent way of expressing and creating a community spirit of unity as well as of joy. An ancient historian testifies that Ephrem’s hymns “lent luster to the Christian assemblies.” We need some modern Ephrems—and cooperating singers—to do the same for our Christian assemblies today.

Another Saint of the Day for June 9 is Saint Columba.