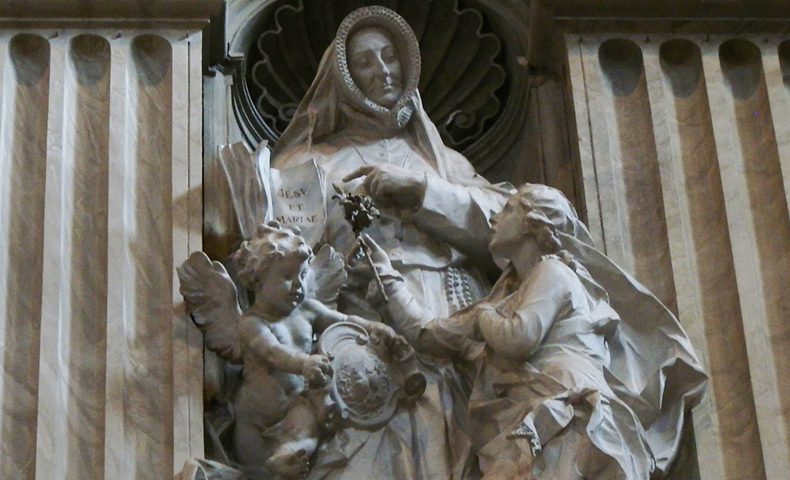 The legacy of Madeleine Sophie Barat can be found in the more than 100 schools operated by her Society of the Sacred Heart, institutions known for the quality of the education made available to the young.

Sophie herself received an extensive education, thanks to her brother Louis, 11 years older and her godfather at baptism. Himself a seminarian, Louis decided that his younger sister would likewise learn Latin, Greek, history, physics and mathematics—always without interruption and with a minimum of companionship. By age 15, she had received a thorough exposure to the Bible, the teachings of the Fathers of the Church and theology. Despite the oppressive regime Louis imposed, young Sophie thrived and developed a genuine love of learning.

Meanwhile, this was the time of the French Revolution and of the suppression of Christian schools. The education of the young, particularly young girls, was in a troubled state. Sophie, who had discerned a call to the religious life, was persuaded to become a teacher. She founded the Society of the Sacred Heart, which focused on schools for the poor as well as boarding schools for young women of means. Today, co-ed Sacred Heart schools also can be found, along with schools exclusively for boys.

In 1826, her Society of the Sacred Heart received formal papal approval. By then she had served as superior at a number of convents. In 1865, she was stricken with paralysis; she died that year on the feast of the Ascension.

Madeleine Sophie Barat was canonized in 1925.

Madeleine Sophie Barat lived in turbulent times. She was only 10 when the Reign of Terror began. In the wake of the French Revolution, rich and poor both suffered before some semblance of normality returned to France. Born to some degree of privilege, Sophie received a good education. It grieved her that the same opportunity was being denied to other young girls, and she devoted herself to educating them, whether poor or well-to-do. We who live in an affluent country can follow her example by helping to ensure to others the blessings we have enjoyed.