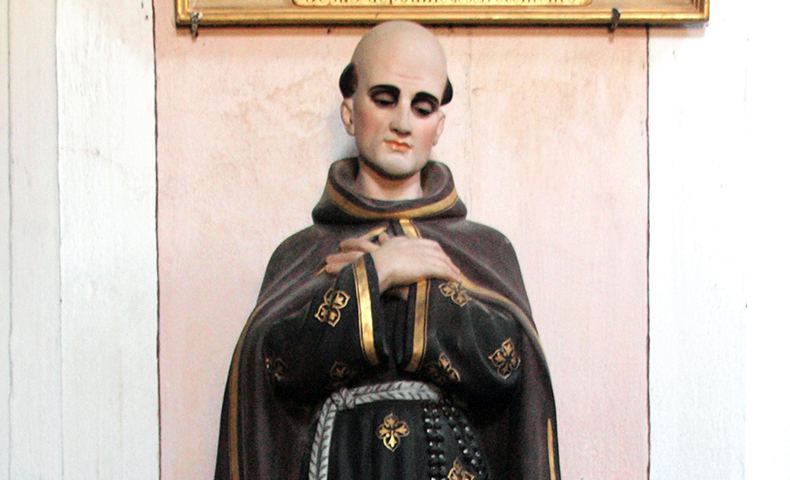 If we expect saints to do marvelous things continually and to leave us many memorable quotes, we are bound to be disappointed with Saint Theophilus. The mystery of God’s grace in a person’s life, however, has a beauty all its own.

Theophilus was born in Corsica of rich and noble parents. As a young man, he entered the Franciscans and soon showed his love for solitude and prayer. After admirably completing his studies, he was ordained and assigned to a retreat house near Subiaco. Inspired by the austere life of the Franciscans there, he founded other such houses in Corsica and Tuscany. Over the years, he became famous for his preaching as well as his missionary efforts.

Though he was always somewhat sickly, Theophilus generously served the needs of God’s people in the confessional, in the sickroom, and at the graveside. Worn out by his labors, he died on June 17, 1740. He was canonized in 1930.

There is a certain dynamism in all the saints that prompts them to find ever more selfless ways of responding to God’s grace. As time went on, Theophilus gave more and more single-hearted service to God and to God’s sons and daughters. Honoring the saints will make no sense unless we are thus drawn to live as generously as they did. Their holiness can never substitute for our own.

Another Saint of the Day for May 19 is Saint Dunstan.