Deepen your knowledge of the scriptures. Gain peace and purpose through greater understanding. 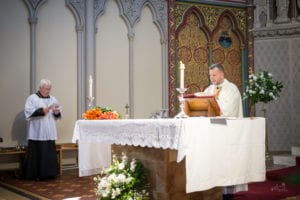 Sunday 19 January 2020 2nd Sunday in Ordinary Time  Liturgical Colour: Green. Entrance Antiphon: Ps 65: 4 All the earth shall bow down before you, O God, and shall sing to you, shall sing to your name, O Most High! Collect: Almighty ever-living God, who govern all things, both in heaven and on earth, mercifully […] 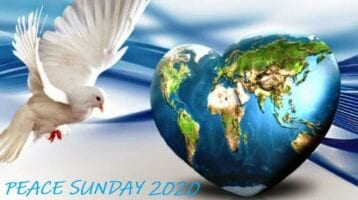 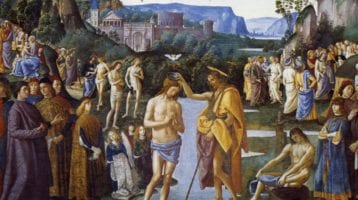 Newsletter: 12th January 2020 – The Feast of The Baptism of the Lord 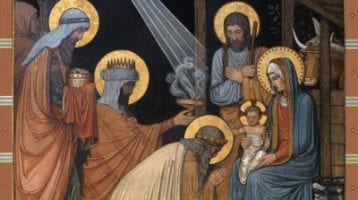 Newsletter: 5th January 2020 – The Feast of Epiphany of the Lord 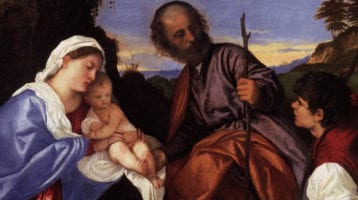 Newsletter: 29th December 2019 -The Feast of the Holy Family 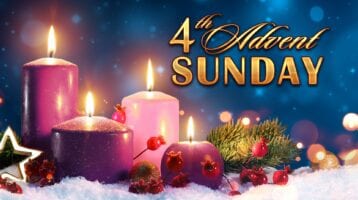 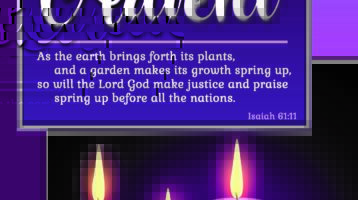 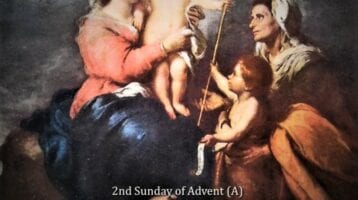 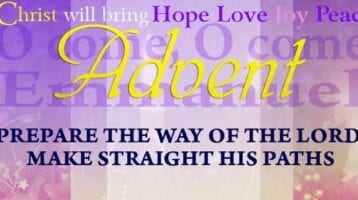 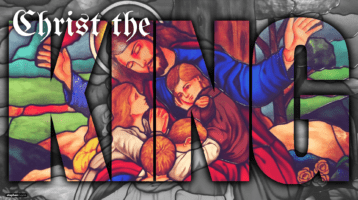 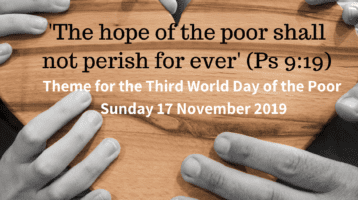 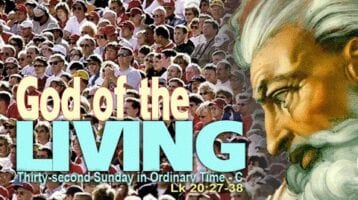 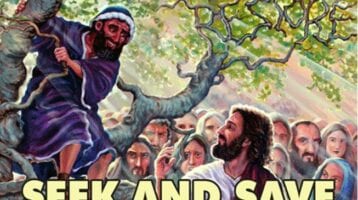 CHRISTIAN MORNING MEDITATION:A Disciple of the Lamb of God 19 January 2020Second Sunday in Ordinary TimeJohn 1:29-34 The next day he saw Jesus coming toward him and said, “Behold, the Lamb of God, who takes away the sin of the world. He is the one of whom I said, ‘A man is coming after me who ranks ahead of me because he existed before me.’ I did not know him, but the reason why I came baptizing with water was that he might be made known to Israel.” John testified further, saying, “I saw the Spirit come down like a dove from the sky and remain upon him. I did not know him, but the one who sent me to baptize with water told me, ‘On whomever you see the Spirit come down and remain, he is the one who will baptize with the Holy Spirit.’ Now I have seen and testified that he is the Son of God.”Opening Prayer: Lord Jesus, who am I to receive such a gift as new life in you through baptism? Help me to renew my baptismal promises with a deeper conviction and commitment to discipleship.Encountering Christ:1. Behold the Lamb: John refers to Jesus the Lamb, giving allusions to the paschal lamb slaughtered on Passover (Exodus 12). The blood of the lamb, spread on the door lintels, was as a “pass” from the angel of death. They consumed the lamb as nourishment as they fled from their state of slavery under the Egyptians. The lamb could also conjure images of the suffering servant in Isaiah 53 that was led to slaughter as an offering for the sins of the people. John’s reference makes clear that Jesus is the one who will bring a new freedom from sin through a baptism that only he can perform. That baptism will be one of fire. Thank you, Lord for being the “Lamb of God who takes away the sins of the world.”2. Baptism of Fire: John points to Jesus as the one upon whom the Spirit came down. And he makes the distinction between his baptism with water and Jesus’s baptism with the Holy Spirit. In this passage, the Holy Spirit is manifest as a dove, a symbol of peace. True peace comes only from a life lived fully in God, which implies a turning away from sin and a turning to God. It is the path of repentance and purification. The Holy Spirit is also manifested as fire, reflecting the purifying power of God that sets our hearts ablaze with His love. It is no wonder that Jesus expresses his intention to bring fire upon the earth (Luke 12:49). But he would never put us through what he himself did not endure first. Hence he proclaims, “I have a baptism to undergo, and what constraint I am under until it is completed! (Luke 12:50).3. A True Disciple: John the Baptist reveals qualities of a true disciple: faith, humility, and witness. John testifies that he did not know Jesus, and yet his entire life was oriented towards preparing the way. He walked in the darkness, but for the conviction of his faith. His faith was strong because he knew who he was in relation to Jesus: the one “unfit to unstrap his sandals.” Humility was the foundation of all his other virtues, bearing fruit in a powerful witness to the Savior of the world, even to the point of death. We can pray for John’s kind of humility to live as a true disciple.Conversing with Christ: Jesus send your Spirit upon me. Renew my faith and deepen my love for you. How can I thank you for the gift of the baptism that you endured so that I might have eternal life in you, the Father, and the Holy Spirit?Resolution: Lord, today by your grace, I will renew my baptismal promises and make of them a prayer of thanksgiving.stswithuns.org.uk/newsletter-NL_19122020 ... See MoreSee Less

He found out something which we can't still believe it is possible, that we are worthy of it - that Jesus Christ is not only Messiah, but this boy, he has played with and had a fun in the childhood with, He is is The True God, who became True Man, because He loves us so much. Even Devil, fallen Angel, could not believe that God really loves us so much.... I'm preaching about it today, so Pam You are very welcome😀😁

I’ve never understood how John the Baptist says here that he didn’t know Jesus before he appeared before him to be baptised. He was his cousin; surely if Our Lady had made the trip down to see Elizabeth after the Annunciation, they would have seen each other at some point in the following 30 years, apart from the fact that on hearing Mary’s voice, John had stirred in his Mother’s womb??? Anyone else have an opinion? And after this Revelation, John sends his disciples when he’s in prison to ask Jesus if he really is the Messiah! I understand that he had probably thought a ‘Messiah’ might act differently to how Jesus was behaving ie preaching not raising an army, but with all the history between them, one would have thought, he would not have questioned Jesus in this way surely? Or was he just his father’s son???

stswithuns.org.uk/newsletter-NL_19012020Keep up to date with what's going on in our Parish Mass Time Our Lady of Lourdes for 6pm Mass on Saturdays for Sunday Mass at St Swithun's RC Church Southsea. Mass Times at 8:30am , 10:15am (family mass ) and 1pm (Mass Polish)We wish you all a blessed and peaceful weekend - Father Marcin and the Parish Team ... See MoreSee Less

stswithuns.org.uk/school-newsletter-17012020Ww wish everyone involved with our local primary St Swithun's a very happy new Year as we start 2020.keep up to date with what's happening in our catholic primary school. Lots of exciting events happening in our local catholic school. We continue to pray for all the pupils, teachers and staff for the coming year. - Father Marcin and all at the parish team. ... See MoreSee Less

CHRISTIAN MORNING MEDITATION:Lectio Divina: Mark 2:13-17Saturday, January 18, 2020Ordinary Time1) Opening prayerFather of love, hear our prayers.Help us to know Your willand to do it with courage and faith.We ask this through our Lord Jesus Christ, Your Son,who lives and reigns with You and the Holy Spirit,one God, for ever and ever. Amen.2) Gospel Reading - Mark 2:13-17Jesus went out along the sea. All the crowd came to him and he taught them. As he passed by, he saw Levi, son of Alphaeus, sitting at the customs post. Jesus said to him, "Follow me." And he got up and followed Jesus. While he was at table in his house, many tax collectors and sinners sat with Jesus and his disciples; for there were many who followed him. Some scribes who were Pharisees saw that Jesus was eating with sinners and tax collectors and said to his disciples, "Why does he eat with tax collectors and sinners?" Jesus heard this and said to them, "Those who are well do not need a physician, but the sick do. I did not come to call the righteous but sinners."3) Reflection• In yesterday’s Gospel, we saw the first conflict which arose concerning the forgiveness of sins (Mk 2:1-12). In today’s Gospel we meditate on the second conflict which arose when Jesus sat at table with the sinners (Mk 2:13-17). In the years 70’s, the time when Mark wrote, there was a conflict in the communities between Christians who had been converted from paganism and those from Judaism. Those from Judaism found it difficult to enter into the house of converted pagans and sit with them around the same table (cf. Acts 10:28; 11:3). In describing how Jesus faces this conflict, Mark directs the community to solve the problem.• Jesus taught, and the people were happy to listen to Him. Jesus goes out again to go near the sea. People arrive and He begins to teach them. He transmits the Word of God. In Mark’s Gospel, the beginning of the activity of Jesus is characterized by teaching and by acceptance on the part of the people (Mk 1:14,21,38-39; 2:2,13) in spite of the conflict with religious authority. What did Jesus teach? Jesus proclaimed the Good News of God (Mk 1:14). He spoke about God, but He spoke in a new way. He spoke from His experience, of the experience which He himself had of God and life. Jesus lived in God. Surely He had touched the heart of the people who liked to listen to Him (Mk 1:22,27). God, instead of being a severe Jew who threatens from afar with punishment and hell, becomes a friendly presence and a Good News for the people.• Jesus calls a sinner to be a disciple and invites him to eat in His house. Jesus calls Levi, a tax collector and he immediately leaves everything and follows Jesus. He begins to be part of the group of disciples. The text says literally: While Jesus was at table in His house. Some think that in his house means the house of Levi. But the most probable translation is that it was a question of the house of Jesus. It is Jesus who invites all to eat in His house: sinners and tax collectors, together with the disciples.• Jesus has come not for the just, but for sinners. This gesture or act of Jesus causes the religious authority to get very angry. It was forbidden to sit at table with tax collectors and sinners, because to sit at table with someone meant that he was considered a brother! Instead of speaking directly with Jesus, the scribes of the Pharisees speak with the disciples: How is it that He eats and drinks together with tax collectors and sinners? Jesus responds: “It is not the healthy who need the doctor, but the sick. I came to call not the upright, but sinners! As before with the disciples (Mk 1:38), it is the conscience of His mission which helps Jesus to find the response and to point the way for the proclamation of the Good News of Jesus.4) Personal questions• Jesus calls a sinner, a tax collector, a person hated by the people, to be His disciple. What is the message for us in this act of Jesus?• Jesus says that He has come to call sinners. He provides a path to forgiveness. How do we act once we have His forgiveness? Do we consciously try to avoid sin?5) Concluding prayerMay the words of my mouth always find favor,and the whispering of my heart, in Your presence,Yahweh, my rock, my redeemer. (Ps 19:14)stswithuns.org.uk/newsletter-NL_18122020 ... See MoreSee Less

I struggle to understand this account and reasoning. The paralytic man is cured when Jesus forgives his sins. So, how is it that his paralysis is not a punishment from God for sins the man had committed?