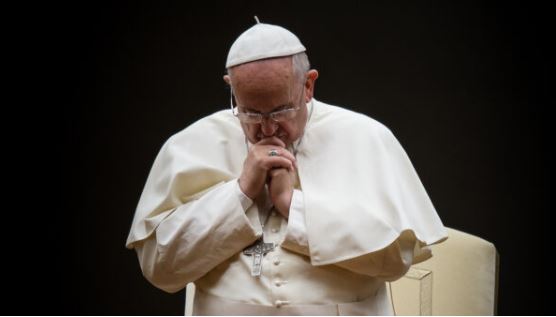 We pray for all young people, called to live life to the fullest; may they see in Mary’s life the way to listen, the depth of discernment, the courage that faith generates, and the dedication to service.

For Faith-Filled Young People – May Reflection

We pray for all young people, called to live life to the fullest; may they see in Mary’s life the way to listen, the depth of discernment, the courage that faith generates, and the dedication to service.

Our Church has been blessed with many young saints. And even more so today, young people have contemporary men and women from whom they can take inspiration like the tennis playing Bl. Chiara Luce Badano or the internet savvy Bl. Carlo Acutis.  Young saints of old also inspire like St. Dominic Savio or St. Maria Goretti.  In this month’s intention, our Holy Father invites us to consider the youthful witness of Mary, who as a teenage girl, accepted God’s plan and mission for her life as Mother of God.  When she received the visit from the Archangel Gabriel, she did not hesitate to say “fiat” or “let it be done to me.”

Mary lived her life to the fullest because she lived her life in conformity to the will of God.  She only wanted what God wanted for her life.  The fullness of Mary’s life resulted from making her home with God himself who became incarnate in the person of Jesus Christ.

Mary’s life is one worthy of imitation for all Christian believers and especially for young people.  There is a lot of noise in the world today which demands the attention of young people often distracting them from listening to God.  Mary listened to the angel, and she listened to the words and teachings of Jesus.  She listened deep within her heart which compelled her to visit her cousin Elizabeth.  Mary teaches us to listen for the quiet whisper of God in our hearts.  Attentive listening to God will enable a deeper discernment as young people hear the call to priesthood, consecrated life, or to marriage.

The courageous Mary of Nazareth asked her son at Cana to aid a couple as they celebrated their marriage.  Mary’s courage ushered in the Lord’s hour and His ministry but also generated faith among the disciples as St. John tells us “his disciples began to believe in him”: (John 2:11).  As the mother of God and the mother of all believers, Mary dedicates her life in service of humanity by her prayers of intercession and mediation of grace.

By Mary’s prayers, may all young people live their life to the fullest in conformity to God’s will, listening and discerning, believing and serving.

Lord our God, you chose Mary to be the mother of your Son.
You chose her from the very beginning for this mission and in so doing preserved her from the stain of original sin.
We ask Mary to join us in our prayer.  By the power of the gospel message, may young people heed the call of Jesus to repent and turn away from sin.  Guide their steps so that they may always choose what is good and holy.
Open their ears and hearts to hear how you are calling them to serve You and their neighbor.  Embolden them with courage as they face difficulties in their life.  Deepen their faith and trust in your love and mercy.  Open their eyes to see the needs of their brothers and sisters and respond with help.
May they turn to the communion of saints, especially to the Mary, Queen of all Saints, and other young men and women who have walked the journey of life.  By their prayers and example may they one day merit the grace of eternal life.  Amen.

WHAT IS THE POPE’S WORLDWIDE PRAYER NETWORK?

The Pope’s Worldwide Prayer Network (Apostleship of Prayer) addresses the challenges facing humanity and assists the mission of the Church. We pray and work to meet the challenges of the world identified by the Pope in his monthly intentions, while walking a spiritual path called the “Way of the Heart.”

What is the process in the preparation of the prepared prayer intentions?

The faithful from around the world suggest papal prayer intentions in each country to their national office, which selects some of them and sends those to the international office of the Pope’s Worldwide Prayer Network in Vatican City. Through prayerful discernment the international office selects a large number of them and submits them to the Pope to help his discernment. After his prayer and discernment he entrusts to the International Director of the Pope’s Worldwide Prayer Network the official set of monthly prayer intentions, which are then translated into the major world languages and published in print and digital formats.