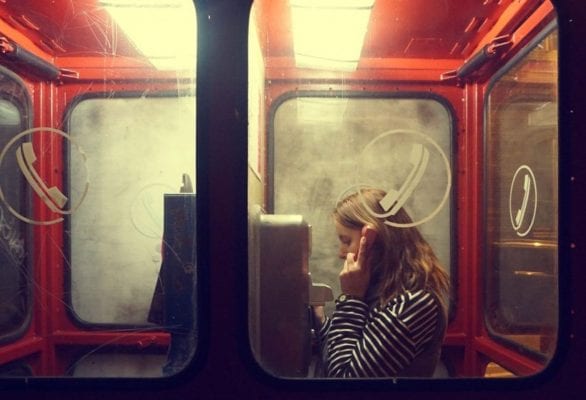 One in four women and about one in six men suffer from domestic abuse in their lifetime. Two women are killed every week in England by a partner or ex-partner.

We acknowledge that men, women and children suffer domestic abuse at the hands of husbands, wives, parents and other family members. Violence of this kind should never be tolerated or justified. It is an offence against the dignity of the human person.

The Church is recognising the hurt done to those who have experienced domestic abuse. Pope Francis writes: ‘Unacceptable customs still need to be eliminated. I think particularly of the shameful ill-treatment to which women are sometimes subjected, domestic violence and various forms of enslavement which, rather than a show of masculine power, are craven acts of cowardice. The verbal, physical, and sexual violence that women endure in some marriages contradicts the very nature of the conjugal union.’ (Amoris Laetitia 54)

There is Catholic teaching on domestic abuse in Canon Law: Can. 1153

§1. If either of the spouses causes grave mental or physical danger to the other spouse or to the offspring or otherwise renders common life too difficult, that spouse gives the other a legitimate cause for leaving, either by decree of the local ordinary or even on his or her own authority if there is danger in delay.

§2. In all cases, when the cause for the separation ceases, conjugal living must be restored unless ecclesiastical authority has established otherwise. Greater awareness of the scourge of domestic abuse is a positive development as it is the first step towards addressing a serious moral and social problem. In particular we wish to highlight the need for public education and action regarding domestic violence, especially against women. Such violence includes many forms of non-physical intimidation such as persistent verbal abuse, emotional blackmail and enforced social or financial deprivation. It may occur in any type of close adult relationship. For those who are experiencing domestic abuse, the home is far from being a place of security and self-fulfilment. Too often it is a place of pain, fear, degradation and isolation.

The most effective way in which Catholics will be able to help men, women and children who are victims of domestic violence is by giving their support to existing groups and projects and by assisting in the spread of awareness and information.

Within our parishes it is very important for all of us, priests and parishioners, to be alert, to be sensitive, and from time to time to use the opportunities we have in preaching for example to speak of the dignity of human beings and to emphasise the equal dignity of women and men; particularly within marriage.

We also have a culture of safeguarding which is part of the life of the Catholic Church in this country. It is important for those involved in this work to be aware of and alert to the particular problem of domestic abuse. Domestic abuse is often a hidden problem, and our aim is for anyone experiencing domestic abuse to feel able to have confidence to seek help within the Church setting.

Women At The Well – www.watw.org.uk

Good evening again 🙂 after some time 🙈

Nice to see you too Father.

CHRISTIAN MORNING MEDITATION:The Gift of Faith 9 July 2020Thursday of the Fourteenth Week in Ordinary TimeMatthew 10:7-15Jesus said to his Apostles: “As you go, make this proclamation: ‘The Kingdom of heaven is at hand.’ Cure the sick, raise the dead, cleanse the lepers, drive out demons. Without cost you have received; without cost you are to give. Do not take gold or silver or copper for your belts; no sack for the journey, or a second tunic, or sandals, or walking stick. The laborer deserves his keep. Whatever town or village you enter, look for a worthy person in it, and stay there until you leave. As you enter a house, wish it peace. If the house is worthy, let your peace come upon it; if not, let your peace return to you. Whoever will not receive you or listen to your words, go outside that house or town and shake the dust from your feet. Amen, I say to you, it will be more tolerable for the land of Sodom and Gomorrah on the day of judgment than for that town.”Opening Prayer: Lord, I thank you for this moment of prayer to quiet my soul and listen to your voice. Enlighten my faith, hope, and charity, and help me remember that it is you who gives me the grace of true prayer. Grant me the grace of seeing my Christian faith as a gift, and help me not to take this gift for granted.Encountering Christ:1. “Without Cost You Are to Give”: Something I have encountered during the New York Street Missions is that people are typically hesitant to take the rosaries that missionaries offer, lest they be duped into buying them. We strive to tell people that the rosaries are a gift from the Church to them. In today’s Gospel, Jesus sent the Apostles out to preach the Good News for free. The Gospel is God’s gift to mankind, made manifest in Jesus Christ. Do I have a sense of appreciation for this gift, or do I take Christ’s message and the Kingdom for granted?2. “No Sack for the Journey”: The Apostles were told to take nothing with them on their first missionary journey. Why would that be? Jesus wanted them to learn what it means to rely on God’s Providence. God doesn’t typically drop out of the sky or write letters to us to tell us what he wants us to do. Nor does he give us extraordinary means to accomplish his will. He prefers to communicate through the people in our lives or our circumstances. How do I see God speaking to me and equipping me for the mission I have been given?3. “The Kingdom of Heaven Is at Hand”: This first mission was like a “practice run” for the Great Commission, which we find at the end of the Gospel of Matthew: “Go, therefore, and make disciples of all nations…” (Matthew 28:19). Christ gave them their marching orders and showed them where to go. Similarly, he shows us that our mission starts now, not later. “The Kingdom of Heaven is at hand,” not just when we evangelize at street missions or preach to large groups, but when we gather at the water cooler or go to a baseball game with a couple of friends. Here I am Lord, send me!Conversing with Christ: Lord, the harvest is abundant but the laborers are few. I thank you for granting me a missionary vocation, to proclaim your Kingdom to all the world. I know that I am weak and that faith is a precious gift, but I trust in your mercy, that I may be a light for others. Send me, Lord, to those who need your light!Resolution: Lord, today by your grace I will spend a moment before I go to bed to write down three things about my faith for which I am thankful.stswithuns.org.uk/event/dr-09072020 ... See MoreSee Less

Today Please join me in giving thanks to God for 70 years FMDM presence in Nigeria. Pray for all Missionaries.🙏🙏🙏🏾🙏🏾❤❤❤