Leopards and Panthers classes looked at the St Swithun’s Star ‘Learn from our mistakes’.

“In 1920 Walt Disney worked for a newspaper. He was fired from his job for not being creative enough. Walt didn’t give up!
He continued designing cartoons and taking them to newspapers to see if they would print them. Many people turned him away and said things like Mickey Mouse looked too scary or big. Instead of giving up, he listened to their advice and made changes until he finally struck gold!” 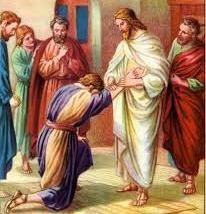 “Doubting Thomas was a man who doubted that Jesus rose from the dead. Thomas said that unless he saw the wounds on Jesus’ body he would not believe it was actually him. Jesus came to him a week later and showed him his wounds and told him to believe. Thomas asked for forgiveness and then dedicated his life to travelling and spreading the Gospel. From this we have learned that we should never doubt God no matter what happens. We think Thomas is like Bonnie the bounceback bear as he learned from his mistake and didn’t do it again.”
Panthers Class 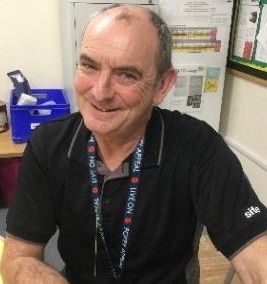 Mr Hadley is like ‘Molly the Make a Difference Monkey’ because he does lots of little jobs that make a huge difference to us. Some of the jobs Mr Hadley does for us are:

Thank you Mr Hadley, you make a huge difference to our school.”

“The Royal Voluntary Service volunteer in hospitals and do not get paid to help! Did you know they:
1) Give company to people, especially the elderly or those who don’t have family
2) Give food and water to people, this helps the nurses to do their job
3) They help patients who do not have transport to get home

We believe the ‘The Royal Voluntary Service’ do ‘Little things which can make a big difference’ just like Molly the Make a Difference Monkey. “

This message is only visible to site admins
Problem displaying Facebook posts. Backup cache in use.

Error: Error validating access token: The session has been invalidated because the user changed their password or Facebook has changed the session for security reasons.
Type: OAuthException

As we finish these two important days: Exultation of the Cross and Our Lady of Sorrows, this image speaks a thousand words! ... See MoreSee Less

CHRISTIAN MORNING MEDITATION:Two Ways to RepentanceSeptember 16, 2020Memorial of Saints Cornelius, Pope, and Cyprian, Bishop, MartyrsLuke 7:31-35“Then to what shall I compare the people of this generation? What are they like? They are like children who sit in the marketplace and call to one another, ‘We played the flute for you, but you did not dance. We sang a dirge, but you did not weep.’ For John the Baptist came neither eating food nor drinking wine, and you said, ‘He is possessed by a demon.’ The Son of Man came eating and drinking and you said, ‘Look, he is a glutton and a drunkard, a friend of tax collectors and sinners.’ But wisdom is vindicated by all her children.”Opening Prayer: Thank you Jesus, for coming to save sinners, because I am a poor sinner who needs saving! Open my heart to your wise and truthful word.Encountering Christ: 1. Popular Opinion: Jesus commented in today’s Gospel reading about just how quickly popular opinion can change. First, John the Baptist made people uncomfortable because they thought his message of conversion was too radical. They found some reason to discredit him by spreading rumors that he was possessed. When Jesus came, he made people uncomfortable because he ate and drank with the people he came to save, namely sinners. So they discredited Jesus by spreading rumors, calling him a glutton and a drunk. These days, everyone seems to have very strong opinions about a myriad of political and social issues. We know how divisive and fickle popular opinion can be, but we are still sometimes strangely compelled to live up to it. I ask myself, do I seek balance and wisdom by praying with the word of Christ, or do I let myself get swayed by popular opinion? 2. Comfort Zones: Both John and Jesus made the crowds uncomfortable by their preaching. The fasting and repentance John the Baptist advocated was not popular, easy, or fun. The penitents who followed John’s call sought spiritual change, which challenged observers to reflect on their own lives, drawing them out of their comfort zone. Jesus fraternized with outcasts and the Pharisees were scandalized. They judged Jesus instead of trying to imitate him because eating with tax-collectors and sinners was outside their comfort zone. Living as a Christian often isn’t comfortable. I ask myself, am I too comfortable in my faith or am I being asked to step out of my comfort zone in some way on behalf of Christ?3. Repentance, Two Ways: The theme of this Gospel is repentance. Both John and Jesus sought to bring about repentance in the hearts of sinners. John called for repentance outwardly and publicly. He drew great crowds who prepared their hearts for the Lord’s coming. Jesus’s call for repentance was often interior and individual. He looked into hearts and forgave their sins. Jesus gave the Pharisees who complained about his methods this reasoning: “Those who are healthy do not need a physician, but the sick do. I have not come to call the righteous to repentance but sinners” (Luke 5:31-32). I ask myself, how am I responding to the invitation by the Great Physician to repent? Conversing with Christ: Jesus I want to see reality the way you see it. I know that other people have ways of doing things that are different from my own. Help me to not judge them rashly. Fill my mouth with praise for you and for others, especially when I feel like complaining. May I always be encouraging towards others, never judgmental. May I be constantly reminded of my own need for repentance and conversion.Resolution: Lord, today by your grace I will catch myself when I’m about to complain and turn the moment into an opportunity to praise and thank you interiorly. stswithuns.org.uk/event/dr-16092020 ... See MoreSee Less