Film Night: ‘God’s Not Dead 3 A Light in Darkness’ 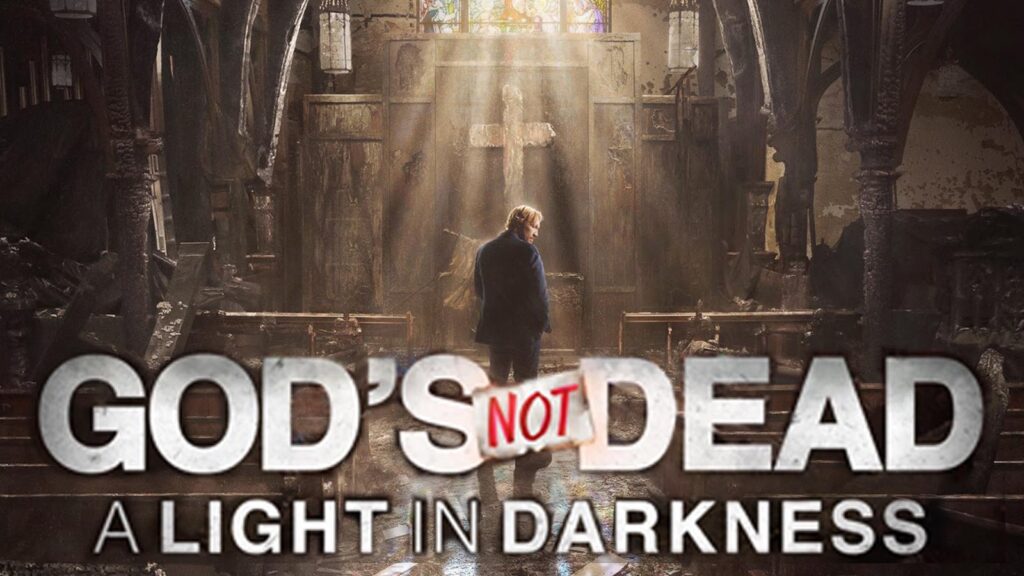 Our Parish Cinema invites you all to see “‘God’s Not Dead 3: A Light in Darkness“

God’s Not Dead 3: A Light in Darkness is an inspirational and encouraging film that reminds us all to be the light we are called to be in a world that is getting considerably darker. Let us shine Jesus in all circumstances, let us show forgiveness and love even if it may seem difficult. This is a much needed message that can being hope to this world.

A church destroyed. A congregation silenced. A relationship shattered. Yet even in life’s darkest valleys, a small flame can light the way toward healing and hope.

After a deadly fire rips through St. James Church, Hadleigh University leaders use the tragedy to push the congregation off campus, forcing the church to defend its rights and bringing together estranged brothers for a reunion that opens old wounds and forces them to address the issues that pulled them apart.

The film will follow Reverend Dave as he is released from prison to a flurry of controversy. The growing social unrest leads to Dave’s church being burned down, a fire with tragic results. Devastated, Dave is launched on a painful spiritual journey as he fights against the university trying to keep him from rebuilding his church, and as his belief that “God is good all the time” is put to the test.

Along the way, Dave enlists the help of his estranged atheist brother who will support Dave in his legal fight, but also challenges him to recognize that sometimes fighting doesn’t require defeating those we disagree with, but rather finding a way to heal, and to rebuild.

God’s Not Dead: A Light in Darkness is a powerful reminder that in all circumstances, we are called to be a light for Jesus to a world in desperate need of hope.