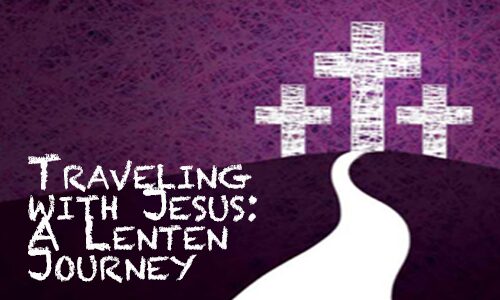 Lent is a time to recognize our need for a savior, and embrace our own Purgatory.

How would you respond to the following?

Your God—the one you say is busying managing every molecule, every galaxy at every nanosecond from the beginning of time—THAT God has an interest in what I do behind closed doors? With someone I love? Give me a break!

I was watching a debate between an atheist and a defender of God; I insisted that were I present I would have instructed the atheist that the words “Give me a break!” (which he and his supporters treated as a “mic drop” moment) do not constitute an argument; but that’s another topic for another time.

Nonetheless, the atheist (whom I suspect isn’t really an atheist but simply a bad theologian because he is an even worse philosopher) does raise an interesting question: “Why does God care so much about sin?” Perhaps that question can be sharpened with this precision: “Why does God care about ‘little’ sins?” Those are good questions to ask, especially during Lent.

I hesitate to write about this topic because of the small cadre of scrupulous people who see “grave matter” lurking everywhere; these tortured souls also torture their confessors, spiritual directors, and spouses, and I am loathe to “trigger” them. Yet such poor souls are very much in the minority.

So, what’s the big deal about sin, even “little” sin? A true, but incomplete reply: “Sin can keep you out of Heaven!” Yes, it can, but such a view might lead us to fear sin, but not avoid it, much less hate it. I need to learn to hate my sin if I’m going to work towards a life (with God’s grace, of course) that remains buttoned up against sin and passionate for love, sanctity, and virtue.

I might begin by looking at a crucifix and say, “That’s me—and I did it to myself. The great gifts of body and soul, coming to me from nature and grace (all from God) I spit upon, slapped, beat, stomped, neglected and abused unto death. Every self-inflicted sinful wound can be found in the one on the cross.”

I need to look at the crucifix again and say, “That’s the Christ of God—and I did that to him. I murdered Love. I rejected innocence. This happened because I set my heart on what is not holy. I did that. This is no one’s fault but mine alone.”

In strict justice, the story can end there, with me receiving my just sentence. An all-holy God cannot abide the presence of sin; likewise, an unrepentant sinner like me would find the presence of an all-holy God unbearable, like a man in a lightless cave suddenly exposed to blinding and relentless sunlight.

Thanks be to God, there is more than strict justice at work. With unfathomable mercy, almighty God chooses to save sinners like me from themselves and their actions at a terrible cost to himself. On Calvary, God exposes the ugliness of sin; in the tomb, God exposes the consequences of sin; Easter Sunday, he reveals the victory over sin. Then he invites us to join his only-begotten Son in the great work against sin, including the purifying pilgrimage to sanctity before the happiness of Heaven.

This brings us to the season of Lent. It’s a time for our own purgatory, isn’t it? We read in Exodus 3 of Moses’ encounter with the burning bush; the bush is ablaze but not consumed. Lent is an invitation to step into the holy fire, to be burned, to be purged, to be chastised, to be purified—without being destroyed. Why do we hesitate to draw near to that holy fire?

I answer that question with these shocking words from the late Father Louis Evely:

There is only one way of curing sadness–of being delivered from evil–that is not to love it.
We hesitate to be purified of sin because we love our sin more than we love God; we trust in sin more than we hope for Heaven. Stated so plainly, our condition is appalling, isn’t it?

Yes, of course. And now let us soberly admit our need for purification; let us gladly declare our wonder at God’s repeated offer of salvation; let us resolutely offer our broken selves to the all-holy God, echoing Immaculate Mary: “Be it done unto me according to thy word.”

When I write next, I will continue my reflections on Lent. Until then, let’s keep each other in prayer.

Pope says God’s pardon is at the ready, but it comes with a difficult pre-req