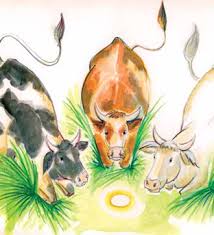 We have started our simple exhibition of the Eucharistic Miracles which happened and were proved through the history of the Holy Church. (WE ARE ALL VERY WELCOME to visit The Chapel of the Sacred Heart in St Swithun’s church and to meditate what happened there.

The Story in more detail

In 1290, due to the invasion of the Lithuanians, a priest from the village of Glotowo buried in a field a silver ciborium plated in gold, with a consecrated Host still in it which he missed by mistake. The Lithuanian’s troops destroyed the village and the church. None of the survivors knew about the hidden Host. Only a number of years later, while plowing the field in the spring, a farmer found it by chance, thanks to the strange behaviour of his oxen. They had bowed to the ground in adoration of the Host which was emanating a very bright light.

The most ancient documents describe how the miracle happened. The oxen were pulling the plow, behind which the farmer was walking. The sun was setting at the horizon, creating long shadows. The man lifted his eyes and prodded the animals which were going slowly up the hill. All of sudden, the plow got stuck, the oxen pulled harder and on the side they turned over a big clod of earth.

The animals stopped as if frozen. At first the farmer scolded the beasts, yet paused surprised at the sudden change around him. The light on the field was as if it were noon and a very intense light was coming from the ground shining on the kneeling oxen. The farmer began to dig and noticed that the bright light was coming from a little ciborium covered with dirt. It contained a perfect Host as white as snow. The news of the extraordinary event spread rapidly among the people, who rushed immediately to the site. The local authorities organised a solemn procession to bring the Host to the church of Dobre Miasto, though according to an ancient chronicle, inexplicably, the Host disappeared and was found at the same spot as the first time. The event was interpreted as a sign from above and a little church dedicated to the Corpus Christi was built on that location. The popularity of Glotowo grew through the centuries and in the eighteenth century the old medieval church was enlarged and consecrated by the bishop Krzysztof Potocki, on July 24, 1726. Even today, every year, the shrine of Glotowo attracts numerous pilgrims who come to venerate the relic of the Host, intact since 1290. 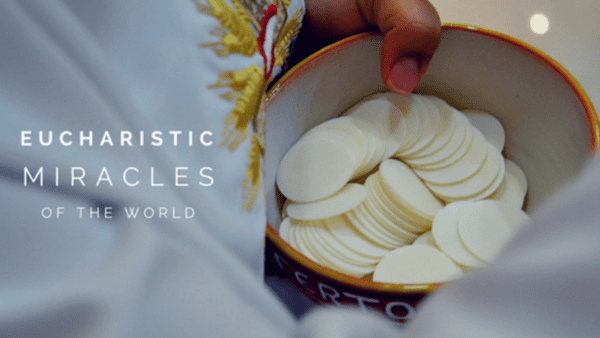 Praying for you all this evening

May the blessings of Our Lord be upon us

Come down O Love Divine seek thou this soul of mine

What a Beautiful Altar Fr. mar

Come Holy Spirit come we are waiting to Welcome You

My Lord my God how I hunger for you 🙏🏻

Reflection When we cooperate with the gifts of the Holy Spirit, we will have greater docility to know and follow His divine inspirations. As the seeds of our gifts grow, we can bear fruit in the form of moral action and develop virtuous qualities through the aid, again, of the Holy Spirit. These Twelve Fruits are charity, joy, peace, patience, kindness, goodness, generosity, gentleness, faithfulness, modesty, self-control, and chastity. “An interior soul gradually arrives at the point where its whole life—prayer as well as activities—is under the direction of the Holy Spirit. Jesus Himself has told us that He would ‘teach us all things and bring all things to our minds’ (cf. Jn 14,26).” Let us ask for the Seven Gifts of the Holy Spirit to flourish in our souls, so we can recognize His promptings and respond generously to God’s holy will. Novena Prayer Thou, on those who evermore Thee confess and Thee Adore, in Thy sevenfold gift, Descend; Give Them Comfort when they die; Give them Life with Thee on high; Give them joys which never end. Amen Come, O Divine Spirit, fill my heart with Thy heavenly fruits, Thy charity, joy, peace, patience, benignity, goodness, faith, mildness, and temperance, that I may never weary in the service of God, but by continued faithful submission to Thy inspiration may merit to be united eternally with Thee in the love of the Father and the Son. Amen. Our Father and Hail Mary ONCE. Glory be to the Father SEVEN TIMES.

Jesus I Trust In You 🙏 Amen. Thank you Fr.Marcin. I am SO very grateful to you. May God Bless you 🙏 Amen.

Come Holy Spirit, come! Renew the face of the Earth.

Cardinal Nichols: Now is the time for the phased reopening of churches ... See MoreSee Less

Cardinal Nichols: Now is the time for the phased reopening of churches

Bless you all and thank you Fr Marcin

peace of Christ fall on us all ; Holy Spirit come

Peace with you all