The next Ascent Group meeting will take place in the Church Hall on Monday the 25th of March from 2-15pm. The guest talk will be given by an RNLI representative and a collection will be taken to support this most worthy charity for our sea going nations of the British Isles and Ireland. All welcome to attend! 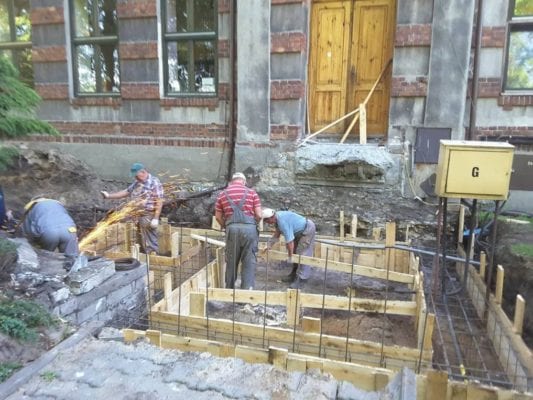 In Summer 2017, together with our altar servers we went to Poland for our annual trip. During this trip we have visited a place dedicated to the homeless people, AND… this visit inspired us for our present Parish Charism – to be with and for our local homeless. So, because this place visited 2 years ago is in need now to build another place for the homeless, for the rejected ones, we have decided to help them through our Lenten support of alms-giving. This place is called ‘Bethlehem’, and the homeless together with some volunteers try their best to work and increase a space to welcome more and more people, whose lives became complicated or even a nightmare. Please, let us help them in the way of our alms-giving, but also in the way of our thanksgiving, that they were and still are The Holy Spirit’s inspiration for all of us in helping the homeless here. THANK YOU for your generosity and prayers. https://betlejem.org/language/en/

After Mass at 10:15am, all the children who would like to participate in this special way of our Sunday school are asked to come to the church hall, to the small room in the back and start your journey of Catholic faith, with the knowledge which will let You to know better and love more Jesus Christ. (we’ll finished before 12:10pm)

This time we’ll focus at The Ten Commandments –

The Quantum family along with Joy and Gizmo are enjoying a family camp out when Chris secretly decides it’ll be more adventurous to ignore the rules laid down by his parents and the park ranger. His flagrant disregard causes Superbook to send our dynamic trio on a trip back in time so they can learn that rules are in place to protect you — not to make your life no fun! ALL ARE VERY WELCOME!!!

For all the children, who will attend regularly this way of the systematized knowledge of our faith, Fr Marcin will produce the certificate with a personal recommendation to any Catholic School.

Sunday School this year for 2019  – give a chance to your children to enjoy their confidence in their faith. 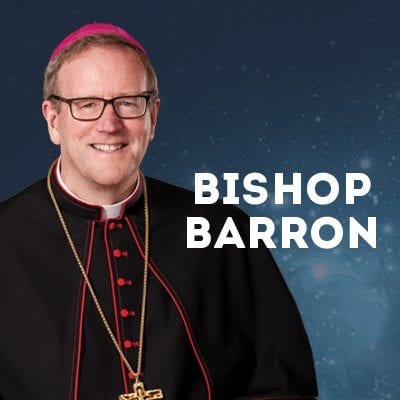 ‘It is a precarious time,’ the bishop said, ‘but my sense has always been during these times of crisis, we bring the Gospel forward more boldly’

Bishop Robert Barron said on Thursday that rather than becoming hesitant in sharing the Gospel, the Catholic Church should proclaim the truth even more boldly “during these times of crisis.”

“Wounds have got to be addressed and healed. If we just turn the other way or cover that up, that is not going to help the project,” Barron told CNA on March 7.“It is a precarious time. It is a time when a lot of us feel threatened in a way. It has affected me … but my sense has always been during these times of crisis, we bring the Gospel forward more boldly,” he said. Barron, an auxiliary bishop of Los Angeles, is known for his Catholicism video series and online YouTube video apostolate, which he said began at a time when the American Church was beginning to grapple with clerical sex abuse. In response, his ministry, Word on Fire, leads with the beauty and the intellectual depth of the Catholic faith.“This is the moment for novelty and creativity and simplicity in the best sense, the return to the Gospel basics,” Barron said.

The American bishop was in Rome to receive an honorary doctorate from the Angelicum, the Pontifical University of St. Thomas Aquinas, on the 745th anniversary of Aquinas’ death.“Among the saints, [Aquinas] is the greatest and the most intimate of my spiritual friends, and he has followed me all of my life long,” Barron said in his homily at the Angelicum’s Church of St. Dominic and Sixtus. The bishop reflected that St. Thomas Aquinas taught him that “the person of wisdom is one who sees the world from the standpoint of the highest cause.”“What happens to all of us sinners is that we see the world from the standpoint of all kinds of proximate causes,” he explained.“We start seeing our life in terms of power and honour and wealth, privilege and worldly success, and then we fret and we worry and we spend hours and hours of our lives preoccupied with secondary and relatively unimportant things.”“

But when we see our lives and our world from the standpoint of the highest cause, from God’s point of view, that same kind of peace and serenity … invades our souls,” he said.This high viewpoint, he added, is ultimately “the hilltop of Calvary” from which we “see the whole world from the standpoint of self-emptying love.”Bishop Barron’s lecture at the Angelicum University offered a Thomistic response to a postmodern critique that a person’s gift-giving can never be completely altruistic.“What makes all the difference in the particular Christian claim … is that divine manner can through grace become our being and action,” he explained.

This occurs through the divine “indwelling of the one whose proper name is donum, gift,” he said, referring to the Holy Spirit.Barron told CNA that this is just one of the ways Aquinas can help to bring truth and clarity to our culture permeated by postmodern ideas, like today’s “culture of self-invention.”“Most young people in America would believe that that there’s your truth, my truth, but there is no real objective truth, and so I make it up. I think that is the form of postmodernism that is really dangerous,” he said.“If there is no real truth, there is no real goodness, there is no objective value … Aquinas would stand with the great classical tradition, the Biblical tradition in affirming the objectivity of truth and value, and the idea is not to make it up on my own, but to learn to love it,” he continued.“When you fall in love with objective value, that is when life gets very wonderful. You get outside of the narrow range of your own preoccupations and you fall in love with something that calls to you from beyond your ego,” Barron said.

Bishop Robert Barron was in Rome to receive an honorary doctorate from the Angelicum, the Pontifical University of St. Thomas Aquinas, on the 745th anniversary of Aquinas’ death. 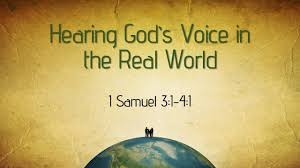 This is a very special and different way to read God’s Word – we continue the journey with St Mark’s Gospel. We ask The Holy Spirit to lead us, to open us for the things which He would like us to notice, to focus on, to put into the action. ALL ARE VERY WELCOME. In the Presbytery – 105 Waverley Road, Southsea.

There no registration no checking of lists. It’s a friendly just turn up group at any time to explore God’s word more deeply.

“We are covering Mark’s Gospel and just to explain we just see where the Holy Spirit leads us. Father Marcin started these meetings when he came to our parish. After 10 weeks of meetings we had only just completed the first 2 pages !!!! It’s a real way of exploring our faith and the word of GOD in a friendly and extremely interesting way. It made me think anyhow.”

Father Marcin later told us he runs these monthly for other parishes he was in as the parish want to continue. That’s the power of Skype. One of the groups started 18 YEARS ago and there are a couple from his native Poland.

SO WHY NOT JUST TURN UP AND SEE HOW YOU CAN EXPLORE YOUR FAITH -YOU NEVER KNOW !

Group Contact: You are welcome to attend and more information can be requested using the form below

Thank you Father Marcin for a beautiful, Peaceful evening of Prayer and Adoration

Thank you Father, may the Holy Spirit bless you and comfort you always. I wish you and everyone a Happy and Blessed Pentecost. Holy Spirit come into my heart and never leave me. Please, increase my faith. Amen.

Jesus I Trust In You 🙏 Amen. Thank you Fr.Marcin. I am SO very grateful to you. May God Bless you 🙏 Amen.

Thank you Father for a beautiful vigil, good night and may God bless you and may you receive all the Gifts and Fruits of the Spirit.

Thank you Fr. God bless you and may you be filled with the Holy Spirit. ❤

Come Holy Spirit, come! Renew the face of the Earth.

Oh Lord let me sing to your glory again soon in your presence in the Holy Eucharist at Holy Mass. In You mercy Amen.

Love this. Shared it at Portsmouth House of Prayer earlier

Amen.thank you father. God bless you

O holy spirit inspire us and help us all through this difficult time Amen.

Thank You. Goodnight and God bless.

May the blessings of Our Lord be upon us

What a Beautiful Altar Fr. mar

Come Holy Spirit and take control , come and rain down

Come Holy Spirit come we are waiting to Welcome You

Praying for you all this evening

Come down O Love Divine seek thou this soul of mine

Cardinal Nichols: Now is the time for the phased reopening of churches ... See MoreSee Less

Cardinal Nichols: Now is the time for the phased reopening of churches

Bless you all and thank you Fr Marcin

peace of Christ fall on us all ; Holy Spirit come

Peace with you all