Pope Francis will declare Blessed John Henry Newman, the 19th-century British cardinal, a saint Oct. 13. The British theologian will be canonized during a Mass at the Vatican along with a Swiss laywoman, an Indian nun, an Italian nun and a nun known as the “Mother Teresa of Brazil.” Born in London in 1801, John Henry Newman was ordained an Anglican priest in 1825. He later founded the Oxford Movement, which emphasized the Catholic roots of Anglicanism. After a series of clashes with Anglican bishops made him a virtual outcast from the Church of England, he joined the Catholic Church at the age of 44 and was ordained a Catholic priest in 1846. Pope Leo XIII made him a cardinal in 1879 while respecting his wishes not to be ordained a bishop. A theologian and poet, he died in 1890 and his sainthood cause was opened in 1958. Pope Benedict XVI beatified him in Birmingham, England, in 2010. 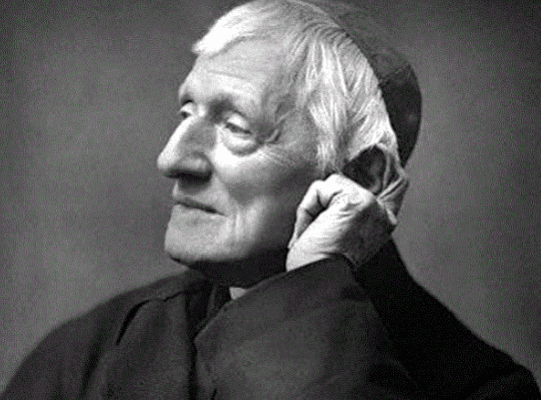 All over the world, people are preparing to celebrate the canonisation of Blessed John Henry Newman on Sunday 13th October.  This is a time of special grace for us to join together and form links in a great chain of prayer, where we call upon the soon-to-be-Saint to crown our prayers with his intercession in heaven. The Oratory encourages us to form links in that chain by joining in a Novena with Newman – nine days of prayerful preparation for the canonisation, starting on Friday 4th October and finishing on Saturday 12th October on the eve of the canonisation. Click here for three useful documents including the full nine-day prayer booklet, an introductory pamphlet and a poster for your parish or school.  You can download the whole prayer booklet for the nine days, or get us to send you a daily reminder email with the prayer for the day. Whatever works best for you. If you form a Novena prayer group, please go to the website, and on the Novena with Newman page, let us know the numbers of people who are joining us to form a prayer chain.  May all of our prayers, united together, bring God’s many blessings to those who most need them.

For more material on Newman, please visit our website where you will find inspirational videos, podcasts and blogs. At the beginning of October, before the Novena begins, we will be adding a short video introduction to Newman.

Blessed John Henry Newman to be Canonized on October 13th 2019

The Holy Father made the announcement at a July 1 ordinary public consistory of cardinals on causes of canonization at the Vatican.

The news follows an announcement in February that the Holy Father had formally approved a miracle attributed to Blessed John Henry’s intercession and that a date of the canonization would be forthcoming.

Oct. 13 was speculated as the most likely date for the canonization. Indian bishops will be in Rome for their ad limina visit during that time, and so the canonization of Blessed Mariam Thresia Chiramel Mankidiyan would coincide well with their visit.

It also falls during the Oct. 6-27 Pan-Amazonian Synod when many bishops will be in Rome.

Another reason the date of the canonization is timely is this coming November marks the 10th anniversary of Pope Benedict XVI’s Apostolic Constitution Anglicanorum coetibus which provided personal ordinariates for Anglicans entering into full communion with the Catholic Church. Blessed John Henry Newman was a convert from Anglicanism.

To coincide with the anniversary, the Congregation for the Doctrine of the Faith is holding a symposium on Oct. 15 at the Pontifical Gregorian University in Rome where ecclesial and ecumenical implications of the document will be discussed. 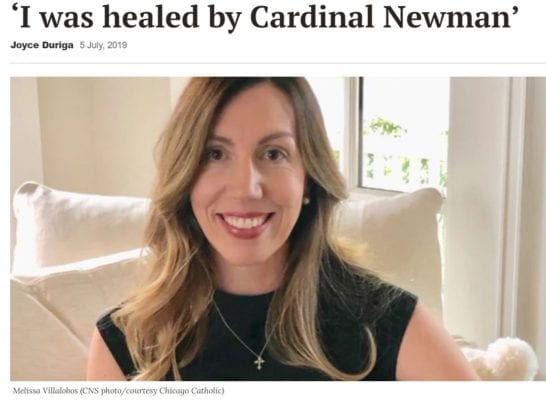 The miracle attributed to Blessed John Henry Newman’s intercession relates to a law graduate in the archdiocese of Chicago who had been inexplicably healed in 2013 after praying to the 19th century cardinal and theologian while suffering from a “life-threatening pregnancy.”

The woman, whose name has yet to be made public, was inspired to pray for the intercession of the cardinal after reportedly watching a film about him on EWTN.

The mother had “unstoppable internal bleeding which threatened the life of her child in the womb,” Oratorian Father Ignatius Harrison, postulator for Blessed John Henry’s cause, told the Register in February. “She had long been a devotee of Blessed John Henry, and in prayer she directly and explicitly invoked Newman’s intercession to stop the bleeding.”

“The miraculous healing was immediate, complete and permanent,” Father Harrison said, adding that the “child was born normally.”

The founder of the Oratory of St. Philip Neri in England, Cardinal Newman was one of the most prominent converts to the Catholic Church from Anglicanism in the 19th century and was a renowned preacher and theologian.

The author of 40 books and 21,000 letters, his most famous are his book-length Essay on the Development of Christian Doctrine, On Consulting the Faithful in Matters of Doctrine, Apologia Pro Vita Sua — his spiritual autobiography up to 1864 — and Essay on the Grammar of Assent.

Benedict XVI beatified Newman in England on Sept. 19, 2010, after the Vatican approved the miraculous healing of Deacon Jack Sullivan, a native of Braintree, Massachusetts, who recovered from a crippling spinal condition after praying to Newman for his intercession — and was also inspired to pray to him after watching an EWTN program.

Father Harrison predicted the canonization would be “welcomed by Catholics and Anglicans alike, and many others.”

“Newman was a central figure within the Oxford Movement in the Church of England, and this helped him to make his unique theological and spiritual contribution to Catholicism after his conversion in 1845,” Father Harrison said.

“Newman’s long spiritual pilgrimage ‘out of shadows and images into the truth’ encourages all Christians to persevere in their quest for God above all else. His conversion to Catholicism is a clear example of how God uses all the circumstances of our lives to draw us to himself, in his own good time, and in so many different ways.”

Get well soon , you must take care of yourself and stay safe. God be with you ..

Really sorry to hear you are poorly Father. You are always rushing around so much . Slow down and get better.